A native of Pennsylvania, Kathy attended the Philadelphia College of Art (University of the Arts) studying costume design.  She then moved to Germany to live.  She traveled extensively throughout Europe, Scandinavia, North Africa, and the Middle East.  After gaining a working knowledge of speaking both German and French, she returned to the United States and began a career as a commercial artist in New York working in advertising on such prestigious accounts as Revlon, L’Oreal and Chanel.

In New York, she studied acting with Yale Drama School’s Nikos Psacharopoulos, voice, and mime with Richard Morse.  Kathy performed Off-Off-Broadway as Nina in Anton Chekov’s THE SEAGULL and Yelena in UNCLE VANYA, Hedda in Henrik Ibsen’s HEDDA GABLER and Mrs. Sorby in THE WILD DUCK.  On the lighter side, she performed in regional Philadelphia theater in Neil Simon comedies, STAR-SPANGLED GIRL, and POOR RICHARD.

Moving to Los Angeles, she began a career in the film industry at Creative Artists Agency (CAA), then moved to Columbia Pictures to run Tom Cruise’s first production company, then become the Production Administrator at Don Simpson/Jerry Bruckheimer Productions at Paramount Pictures.  She went on to work at Miramax Films for 5 years in acquisitions, publicity, and post-production.  During her time at Miramax, she Co-Produced, TITANICA, an IMAX/Miramax documentary about the first filmed expedition to the famous shipwreck; Associate Produced MR. THORNTON GOES TO HOLLYWOOD, a documentary about the Academy Award-winning writer/director, Billy Bob Thornton, and his making of SLINGBLADE; Field Produced MAKING LIFE BEAUTIFUL, a documentary about the Academy Award-winning actor Roberto Begnini and his Academy Award-winning film LIFE IS BEAUTIFUL; Production Managed THE ENGLISH PATIENT, Criterion Collection.

After she left Miramax, she continued to work in publicity with Lisa Taback on the studio’s “Academy Award” campaigns for another 7 years transitioning with them to the Weinstein Company.  She worked on such films as CHICAGO, THE ENGLISH PATIENT, FAHRENHEIT 911, THE CURIOUS CASE OF BENJAMIN BUTTON, GANGS OF NEW YORK, 3:10 to YUMA, DIVING BELL AND THE BUTTERFLY and PRECIOUS.

As a director/editor, Kathy video documented a “behind the scenes” look at Miss Rodeo America and a “behind the chutes” look at cowgirls who ride rough stock rodeo. She followed legendary Cowgirl Hall of Fame Honoree and World Champion bronc rider, Jan Youren.

Kathy shot video of Academy Award-winning Costume Designer Sandy Powell’s costumes from SHAKESPEARE IN LOVE that were exhibited at the Los Angeles Costume Institute.  The video appeared in a Special on Bravo and on the DVD Bonus material of the film.

Director/editor:
“Behind the Scenes”/EPK Interviews:

“Scrubs” - Cast and production team for the DVD bonus material.

Academy Award-winning film, “Shakespeare in Love” - shot video of Academy Award-winning Costume Designer Sandy Powell’s costumes from that were exhibited at the Los Angeles Costume Institute.  The video appeared in a Special on Bravo and on the DVD Bonus material of the film.

Miramax Films/Weinstein Company Red Carpet Publicist, many films including the AFI Premiere of A SINGLE MAN with Colin Firth at the Mann’s Chinese Theater in Hollywood.

Kathy’s photographs have appeared in many of her articles for The Equestrian News and SOCO Magazine.

Kathy was the producer on many DVD bonus material segments including the TV series SCRUBS, Kevin Costner’s OPEN RANGE and Kurt Russell’s MIRACLE.  She produced and edited the EPK (electronic press kit) for MGM's THINGS YOU CAN TELL JUST BY LOOKING AT HER starring Glenn Close, Holly Hunter, Cameron Diaz and Calista Flockhart. 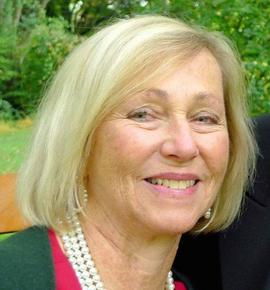 Kathy Anderson has lived an extensively diverse life in the arts.

Her experiences have given her a knowledgeable, well-rounded view of the artistic and business side of the film industry and a conversant vocabulary in many of the movie industry fields.

In the process, she has developed invaluable skills as a writer, actress, producer, photographer, videographer, and editor.